The state has all the prestigious engineering Institutions like IITs and NITs, but the candidates who don’t get selected for these colleges may explore some other good Government Engineering Colleges in Bihar. These top B.Tech Engg Colleges in Bihar provide best facilities and placement to its student with good faculty members.

Before we discuss Engineering Colleges in Bihar, let us have a look at the eligibility criteria to get admission to these Colleges.

Indian Institute of Technology Patna, popularly known as IIT Patna is a public engineering institution located in Patna, Bihar. The institute was founded in the year 2008 recognized as an Institute of National Importance by the Government of India.

IIT Patna was Ranked 22 among Top Engineering Colleges in India by the National Institutional Ranking Framework (NIRF) in 2019 and 58 overall. Read More>> 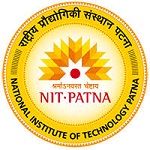 NIT Patna is very old and its marked its humble beginning in 1886 with the establishment of leaders survey training school which was subsequently promoted to Bihar College of Engineering Patna in 1924. Read More>>

Muzaffarpur Institute of Technology also known as MIT Muzaffarpur is a premier institution of engineering and research in eastern India. The foundation stone of this institution was laid by the first prime minister of India, Pandit Jawaharlal Nehru in 1954 since then, the college is under the administrative control of the department of science and technology and wholly funded by Government of Bihar.

Being one of the oldest technical institutes in India, It is affiliated to Aryabhatta Knowledge University, Patna and offers undergraduate programs in engineering. Read More>>

The Indian Railways Institute of Mechanical and Electrical Engineering, Jamalpur popularly knows as IRIMEE Jamalpur was established way back in 1888. It is regarded as one of the oldest technical school in the country and one amongst the six Centralized Training Institutes of Indian Railways.

Central Institute Of Plastics Engineering and Technology Hajipur (CIPET Hajipur) was founded in the year 1994 to cater to the needs of Plastics Industries in Bihar & other adjoining areas. It is the premier national institution dedicated to the Academic and Technology Support for the Plastics and allied industries in India.

CIPET Hajipur is located in the sacred land of Vaishali and spread over a sprawling area of 5.65 acres. Read More >> 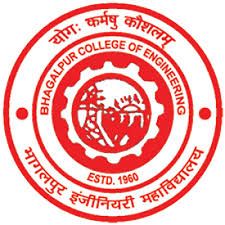 Bhagalpur College of Engineering also known as BCE Bhagalpur was set up by the Department Of Science and Technology, Government of Bihar in the year 1960. The idea was to provide an efficient system of technical education in the state of Bihar.

The college had an affiliation under Tilkamanjhi Bhagalpur University (TMBU) Bhagalpur, BIHAR which was later passed on to Aryabhatta Knowledge University (AKU), Patna. Read More >>

The College of Agricultural Engineering is producing a good number of trained agricultural engineers to support and maintain the pace of agricultural development in the state. Read More >> 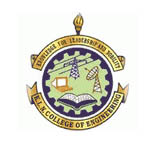 Bihar Institute of Silk and Textile, Bhagalpur is one of the very few engineering colleges in India offering Silk and Textile Engineering. The institute was established in the year 1994 by the state government to promote high technical features in the Bhagalpur silk Industries. 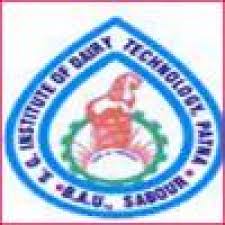 Sanjay Gandhi Institute of Dairy Science and Technology popularly knows as SGIDST Patna was established in the year 1980 is one of the elite Dairy Science Institution in North India. The college is affiliated to Rajendra Agricultural University, Sabour and the course curriculum and supervision is under the guidelines of Indian Council of Agricultural Research (ICAR), New Delhi.

The institute has adopted the course curricula as per the recommendation of dean’s committee constituted by the ICAR, New Delhi for various disciplines separately and revised time to time as per Right from its inception, the institute has provided excellent academic and research outputs in the field of Dairy Technology. Read More >> 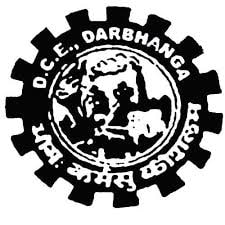 DCE Darbhanga is under the administrative control of the department of science and technology and wholly funded by the Government of Bihar. The college is affiliated with Aryabhatta Knowledge University, AKU Patna. Read More >>

Women’s Institute of Technology, Darbhanga also knows as WIT Darbhanga is a renowned Engineering institution established in the year 2004. The idea behind the college is to tune with the demands of a fast-changing global world of information technology by producing world-class skilled women technocrats.

The Institute is situated in the heart of Mithlanchal, Darbhanga city and is approved by All India Council for Technical Education, AICTE, New Delhi. Read More>>

Nalanda College of Engineering also known as NCE Chandi, Nalanda was established in the year 2008 by the Honourable chief minister of state Sri. Nitish Kumar. The college is the joint effort of the Bihar Government and some of the leading educationalist of Nalanda. The college is situated in Chandi near Nalanda and offers undergraduate courses in the field of engineering and technology.

All the courses of NCE Chandi are affiliated to All India Council for technical education( AICTE), Delhi.  Read More >>

Loknayak Jai Prakash Institute of Technology popularly knows as LNJPIT Chapra was established in the year 2012 by Government of Bihar under the Department of Science and Technology. The idea was to cater to the growing needs of increasing Technical Demands in our modern life. Spreads over an area of about 45 acres on the banks of the river Ganga, the college has become one of the best new engineering colleges in Bihar.

LNJPIT Chapra is approved by the All India Council for Technical Education (AICTE), Government of India and affiliated to Aryabhatt Knowledge University, Patna, Bihar. Read More >>

Situated in the place of Lord Mahatma Buddha, Gaya College of Engineering also know as GCE Gaya is one of the fastest-growing technical institutions in the whole of Bihar. It is a fully-funded Government Engineering College being managed by Govt. of Bihar under the administrative control of the Department of Science and Technology, Government of Bihar.

The college is AICTE approved and is affiliated to the Aryabhatta Knowledge University (AKU), Patna. Read More >>

Motihari College of Engineering also known as MCE Motihari is a fully government-sponsored engineering college in the heart of Bihar, Bapudham Motihari. The college was established in the year 1980 with an aim of providing quality of technical education to the people of Bihar but due to some interim political reason, the college was shut down in 1994.

But later in 2008 due to government intervene and pressure from the local politician, the college was reopened with a new name of Motihari College of engineering from its previous name of Indian College of Engineering. Read More >>

The institute is approved by AICTE, New Delhi and Recognized by the Govt. of Bihar. Read More >>

Bakhtiyarpur College of Engineering also known as BCE Bakhtiyarpur is one of the six new Government Engineering College being set up by the Government of Bihar under the Department of Science and Technology. The college will start its first academic session from session 2016-17 from the old campus of the Indian Institute of Technology (IIT), Patna at Patliputra Colony.  Read More >>

Shershah College of Engineering Sasaram popularly knows as SCE Sasaram is one of the new engineering colleges in Bihar set up in the year 2016. The place is the birth Town of famous Indian Emperor Shershah Suri. The college has started with an annual intake of about 240 students in 4 different branches of Engineering.

Shershah College of Engineering Sasaram is approved by the All India Council for Technical Education (AICTE), Government of India and affiliated to Aryabhatt Knowledge University, Patna, Bihar. Read More >> 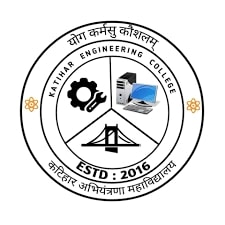 Katihar Engineering College also known as KCE Katihar is one of the new Engineering Colleges in Bihar. The institute was established in the year 2016 by the state government to promote higher technical studies in Katihar and nearby places. Katihar College of Engineering is under the administrative control of the department of science and technology and wholly funded by the Government of Bihar. Read More >>

The Sitamarhi Institute of Technology is also known as SIT Sitamarhi is one of the new institutions of eastern India for technical education. It is under the administrative control of the department of science and technology and wholly funded by Govt. of Bihar.

Sitamarhi Institute of Technology, Sitamarhi is affiliated to Aryabhatta Knowledge University, Patna and is approved by the All India Council for Technical Education, New Delhi. Read More >>

The cutoff is the minimum score required by the candidates to get admission in the top colleges in Bihar. The Cutoff will be decided by various factors such as the number of students appearing for the exam, difficulty level of exam, etc.

Those Candidates who have passed the above Entrance examination by clearing the cutoff will be called for counselling procedure as per to their rank obtained in the merit list. Successful candidates will be invited for central counselling session based on the score obtained in JEE Mains, JEE Advanced and BCECE (UG). The counselling has been divided into various rounds. After each round allotment result will be announced separately.

Our Ad Policies are designed to promote a good experience for end-users. Edufever does not hold responsible for anything inappropriate or wrong information given by the advertiser.

Leave a comment below or Join Edufever forum Cancel reply