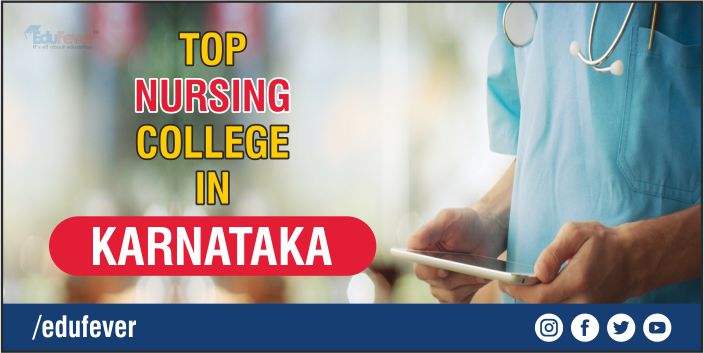 Top Nursing Colleges in Karnataka: The state of Karnataka is well famous for its diverse linguistic and religious ethnicities. Apart from its famous historical background and vivid culture, the state is widely regarded as the Educational Capital of India. The state has more than 5000 affiliated degree colleges offering a wide range of career options. Be it engineering, Dental or other professional courses, Karnataka is the first choice for everyone.

AE & CS Maaruti College of Nursing started in 2002 at Bangalore. It is one of the constituent units of the Amrith Educational and Cultural Society Bangalore. The college has the permission from Government of Karnataka, Rajiv Gandhi University of Health Sciences, Karnataka Nursing Council and Indian Nursing Council New Delhi.

A.V.K. Trust was formed in the year 2000 to impart professional degree courses in Computer Applications, Bio-Technology, Microbiology and Nursing to meet the immediate challenges in promoting entrepreneurship and facilitates effective technology transfer to the user. It is recognized By Govt. Of Karnataka, INC, KNC, Bangalore University, Rajiv Gandhi University Of Health Science.

The Bangalore Social and Educational College of Nursing is a constituent of BSE group of institutions that was founded in the year 2003. It serves through the excellence of its Teaching, Learning Research and Ensuring self-financing personal freedom with professional accountability and corporatized culture, structures and processes.

Dr Syamala Reddy College of Nursing was started in the year 1998 under SGR Technical & Educational Society, which was established in the year 1985 to cater the needs of higher education for aspiring students. Shyamala Reddy Nursing College Bangalore is one of the constituent colleges of Rajiv Gandhi University of Health Sciences.

Gayathri College of Nursing Bangalore is one of Nursing colleges in Karnataka. It is popularly known as Gayathri Nursing College Bangalore and it was established in the year 1997. The courses offered here are recognized by Indian Nursing Council [INC] New Delhi and Karnataka Nursing Council [KNC] Bangalore, the main apex bodies for approval of the Course. Basic B.Sc. Nursing program of the academy is also affiliated to Rajiv Gandhi University of Health Sciences (RGUHS), Bangalore.

Indian Academy College of Nursing is affiliated to Rajiv Gandhi University of Health Sciences and approved by Karnataka Nursing Council (KNC) and Indian Nursing Council (INC). The college was established in the year 2004.

Here is a list of further Top Nursing Colleges in Karnataka

Scoring High in Nursing Entrance Exam will help you to choose some of the Best Nursing Colleges in Karnataka. Top Rankers may also avail various Scholarship offered by these colleges.

Karnataka Examination Board (KEA) is the conducting authority of the Karnataka B.Sc Nursing Exam for admission into B.Sc. Nursing courses offered in different universities and institutes located in the state of Karnataka.  Dayananda Sagar University (DSU), Bangalore conducts the Dayananda Sagar Admission Test (DSAT) for admissions in various UG and PG courses offered by the University.

Our Ad Policies are designed to promote a good experience for end-users. Edufever does not hold responsible for anything inappropriate or wrong information given by the advertiser.

We provide authentic with quality information here. For any correction comment below.

Leave a comment below or Join Edufever forum Cancel reply