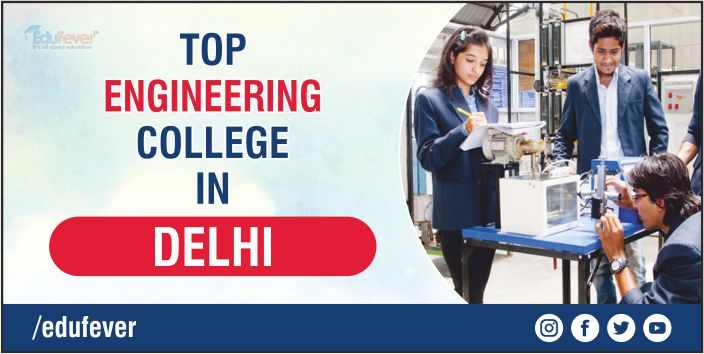 Before discussing Engineering Colleges in Bihar, let us look at the course overview.

Indian Institute of Technology Delhi (IIT Delhi) was established in 1961. IIT Delhi was declared an Institute of National Importance by the Government of India under the Institutes of Technology Act. The College is popularly known as IIT Delhi. It was approved by the All India Council Of Technical Education (AICTE). The campus is situated at Hauz Khas in Delhi. The campus is spread over  325 acres of land. Read More >>

Delhi Technological University (DTU) is Previously known as Delhi College of Engineering. It was the first engineering college in Delhi. The Government of India established it as a Delhi Polytechnic in 1941. The College has been run by the government of the National Capital Territory of Delhi since 1963. It was affiliated with Delhi University from 1952 to 2009. The Delhi Polytechnic was renamed Delhi College of Engineering and became the first engineering college in Delhi. And now, it is called Delhi technological university. Read More >>

Indraprastha Institute of Information Technology Delhi (IIIT Delhi) was established in 2008 by the Government of NCT of Delhi. The College is popularly known as IIIT Delhi. It was affiliated with the Autonomous University in Delhi and Approved by the All India Council for Technical Education (AICTE). The institute offers B.Tech Program at the undergraduate level, M.Tech Program at the postgraduate level and a PhD program at the doctoral level in multiple departments. Read More >>

Maharaja Agrasen Institute of Technology Delhi (MAIT Delhi) is one of the best and most reputed colleges in Delhi. It was established in 1999 as a private Engineering College by the Maharaja Agrasen Technical Education Society. The college is one of the Best Private Engineering Colleges in Delhi. To build lasting relations with Industries, MAIT invites industries to join hands in fulfilling the social responsibility of imparting industry-relevant technical education and training. Read More >>

National Institute of Technology Delhi is one of the thirty-one NITs established in 2010 by parliament. It has been declared an Institute of National importance. NIT Delhi is an autonomous Institute that functions under the aegis of the Ministry of Education, Government of India. It aims to provide instructions and research facilities in various disciplines of Engineering, Science and Technology, Management, Social Sciences and Humanities for advanced learning and dissemination of knowledge. Read More >>

Indira Gandhi Delhi Technological University for Women Delhi (IGDTUW Delhi) was established in 1998 by the Government of NCT of Delhi. It was formerly known as Indira Gandhi Institute of Technology Delhi, short for IGIT Delhi. IGIT Delhi was affiliated to GGSIPU Delhi, while in the year 2013, it gained autonomy and became the first women’s technical university in India. Read More >>

Ambedkar Institute of Advanced Communication Technologies and Research Delhi is one of the best Govt reputed colleges in Delhi, and it’s popularly known as AIACTR Delhi. It was established in 2001 by the Government of NCT of Delhi. The college campus is situated in East Delhi at Geeta Colony. The campus has state of an art 7.8 acres ‘green’ campus, a complex that has been built keeping in mind the finest architectural traditions of the world. Read More >>

The Cut off is the minimum score required by the candidates to get admission to the top colleges in Delhi. The Cut off will be decided by various factors such as the number of students appearing for the exam, difficulty level, etc.

To know more information about engineering cutoff, check below mention the table.

Is Delhi Good for engineering?

IIT (Indian Institute of Technology) Delhi is one of India’s premier public technical and research universities in India.

Is JEE necessary for engineering?

It is not compulsory, but it is a combined entrance exam conducted by CBSE, so it has value all over India. With this exam, you can take admitted to any engineering college in India

Which branch is best in engineering?

Which engineering is best for girls?

Computer Engineering is one of the most sought after engineering career choices available to girl students in India.

Which engineering is hard to study?

Electrical Engineering is considered the most challenging of the core engineering fields.

Can I get into DU without jee?

Yes, you can get admitted to Delhi university even without attending JEE MAINS.

Which is the Top Computer Science Engineering College in Delhi?

I have Already Subscribed
We never spam you.