V.I. Vernadsky Crimean Federal University Russia {1} was established in 1918. It is a higher education institution located in Simferopol. It has a century-long history with a network of research and production facilities. Crimea State Medical University Russia has over 7,000 staff and over 32,000 students, including about 3,000 international students from 54 countries. Many renowned types of research like magnetic sensors to detect metal defects and a new plant protection compound based on the DNA of the gipsy moth.

The university is functioned by various departments and has many faculties that train well-educated specialists for most sectors of the Russian national economy. The staff embraces 120+ doctors who teach medical subjects in both Russian or English language.

Before we complete the college Summary, let us look at the essential details of V.I. Vernadsky Crimean Federal University.

Crimean Federal University Russia is functioned by more than 60 departments and has seven faculties that train well-educated specialists for most sectors of the Russian national economy. The college provides a good ratio of well-trained and highly educated faculty members equipped with modern technology. It also provides sufficient numbers of non-technical staff to provide an ambience of self-learning to the students. The college is committed to uplifting thcountry’s people’s e health care education and output delivery systle.

Before being admission to Crimean Federal University Russia, please do not forget to carry all these related documents. 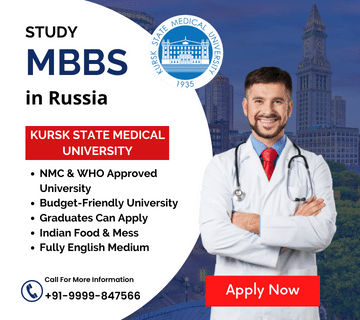 NOTE: Mentioned fee is approximate in nature, and it will be subject to change. Crimean Federal University Russia fees for Indian Students mentioned converting USD into INR.

Before applying for Crimean Federal University Russia, please compare the MBBS Syllabus of some of Russia’s top-ranked, NMC-approved medical universities. The structure and the pattern of MBBS in Russia are as follows: You can see MBBS Syllabus in Russia PDF.

What is the duration of the MBBS course at Crimean Federal University Russia?

The duration of the MBBS course at Crimean Federal University Russia is 6 years.

The medium of instruction in the university a for all international students in English. All the tests, exams & classes are conducted in English by teachers/ professors/ doctors for Indians.

Is Russia a safe country?

Russia has a safety index of 60 which means it has a low crime rate compared to other countries. But, we recommend that before going to any abroad countries, do the insight survey of the respective country as you will live in that country.

Where is Crimean Federal University located in Russia?

Is it possible to work while studying at V.I. Vernadsky Crimean Federal University Russia?

Yes, it is possible to work while studying only if the company that is going to work in agrees with the student’s situation.